Cardinal Rodriguez Maradiaga from Honduras, Cardinal Turkson from Rome, Msgr.Prof.Ike from Nigeria as well as numerous representatives of church relief organisations, charitable institutions and facilities of world aid policy convened on March 4 to 5, 2016, at the Catholic-Social Institute for an experts’ conference on “Global Responsibility”. Against the backdrop of the sustainable UN-objectives formulated in 2015 and the Papal encyclical “Laudato si”, it was the aim to 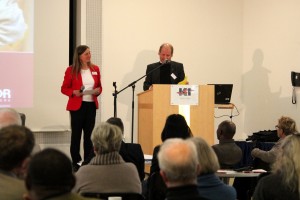 take stock from the viewpoint of the Church and to discuss perspectives of engagements of world aid policy.

In his lead-in talk, Msgr. Pirmin Spiegel, MISEROR-Chief-Executive, described striving for a “rewarded, good life” as the central issue of world religions. This inevitably must also be the objective of the activities by the Church for world aid policy and equally be of relevance for all people. How basic medical care in crisis regions and less developed countries can succeed and what challenges countries marked by poverty and conflicts must face up to, like Nigeria, was expounded by Dr. Marie Theres Benner, health expert with Maltese International and General Vicar Msgr. Prof. Obiora Ike. Dr.Peter Wolff from the German Institute for world aid policy and Dr. Markus Demele from Kolping International gave impetus for the development of a more just policy for the job market and Global Governance. “Without Ethics No Development”- is how Oscar Cardinal Rodriguez Maradiaga phrased it in his poignant 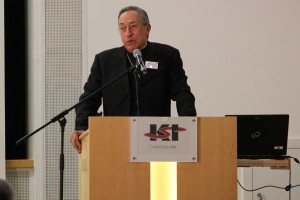 talk and denounced unrestrained greed and unscrupulous speculations at the expense of millions of people. 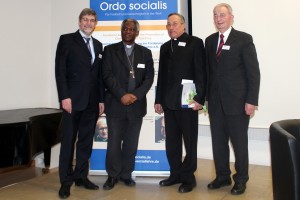 With a video message from Pope Francis in his luggage, Peter Cardinal Turkson spoke about the need of a holistic ecology encompassing economic, ecological and socially sustainable acting. Some critical in-group words were also formulated: social ethicist Prof. Markus Vogt, spokesman of the Scientific Advisory Board of Ordo socialis, who expressively lauded the contents and demands of the Papal Encyclical as “a new chapter in the development of Catholic Social Teaching”, regretted the “Catholic factor of Retard”. Already in the 60’s, 70’s and 80’s had there been “far-sighted and clear words” from many bishops. “ ‘Inclusive, equal chances and higher education for all’ – attainable goal or utopia?” – an issue pursued by Dorothea Schönfeld, advisor with the

Charity Children in Need, as well as Nina Fries and Maria Ullrich from the Initiative “Think Global! “

At the end of the conference, Msgr. Ike pleaded earnestly to bear in mind the results of the talks and to translate them into concrete actions. Too often has he experienced that problems have been named and recognized as such but there has often been a want to really give impetus to changes. 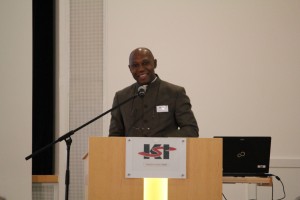 Translated from the German by York R. Buttler April, 2016