Welcome at ORDO SOCIALIS, Academic Association for the Promotion of Christian Social Teaching

This association was founded in 1985 as a result of the international congress in Rome: “Church and Economy in the Responsibility for the Future of a Global World”. It is a subsidiary of BKU (Association of Catholic Entrepreneurs) and based in Cologne, Germany. Authors from theory and practice as well as members and supporters have come together in Ordo socialis, in order to promote broad public awareness of Christian social teaching by providing a clearinghouse for pivotal articles in this area. Here you will find the most important publications of our authors, free of charge.

Under this title a number of important publications have been published. The fundamental rules of human social life on a personal, national and international level are always the focus. Ordo socialis has clear positioned relative to other social teachings, Marxism in particular. Much of the work published here derives from Natural Law and from experience and thinking chiefly in the Occidential-christian area. Important works can be downloaded under: www.ordosocialis.de/publications

More about the term ORDO SOCIALIS:

born 1958, is director of the Catholic Social Institute of the archdiocese Cologne at Bad Honnef,

private university lecturer for religious pedagogy at the University of Bamberg,

visiting professor at the University of Bonn,

member of the board of the catholic federal labour community for adult education,

member of the board of the Cardinal Höffner Foundation.

1984 Degree of Dr. rer. pol. with the faculty of business and social sciences of the university of Cologne

Since 01-07-1972 activities for the artisan branch in different functions:

1984-2011 Chief secretary general of the Chamber of Artisans Düsseldorf

Many publications in newspapers and journals, honorary functions:

Member of the Administrative Council of the Rhenian-Westphalian Institute of Business Research (RWI), Essen

Since 2011 Member of the Executive Committee of Ordo socialis

2008 Order of Merit of the Federal State North-Rhine-Westphalia

2011 Ring of Honour of the Chamber of Artisans Düsseldorf

Activity as district manager in Kiel, Karlsruhe, Berlin and Munich; retired since 2004

1982- 1989 President of the Association of Catholic Entrepreneurs (BKU) Berlin

of Bavaria and of the Federal Republic

Since 2006 Honorary President of BAG Bavaria

Since 2006 Honorary President of BKU in Munich and Freising

Chairman of the Church and Economics Working Group

2003 Federal Corss of Merits with ribbon, 2009 Bavarian Order of Merits

Since 2007 residing in the Rhineland region

Since 2008 Vice-President of Ordo socialis

1966-1973 Representative of KAS in Guatemala and Colombia

1984-2000 Director of the International Institute of KAS

1990-2005 Visiting Lecuturer at the University of Cologne

1996 Co-Founder of the Association for the Promotion of the Museum of Jewish History, since 2005 President

Since 2005 Vice-President of Ordo socialis 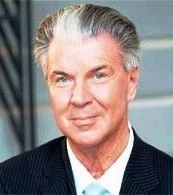 born 1942, has worked from 1957 until his retirement in 2007 in different positions for the catholic Pax-Bank with seat in Cologne – last time s director and leader of Asset Management.

During his 50 years’ activity with the Pax-Bank he was member of different investment committees and has advised numerous institutional as well as private clients with their capital investment. Moreover, Peter van den Brock has in his function of foundation commissioner and member of the board of the Pax-Bank-Foundation founded and taken care of foundations and this with great passion.

Since his retirement in 2007 he is member of the board of a micro-finance consultancy company seated in Belgium. It is the objective to further develop the thinking of micro-finances and to open it with products for the clerical clients. Moreover, the learned banking merchant is acting since then as expert adviser in the areas of ethical investment and foundations.

1986-1988 Professional education as gradated clerk with C & A , Düsseldorf

Since 2009 Secretary of Ordo socialis