Business Order and Social Justice in the Global World

– International Conference from 25th to 27th November 2012 in Brussels – 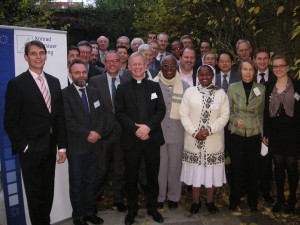 and Europe) met in the European Office of the Conrad Adenauer Foundation in Brussels end November. The agenda included issues of “Business Order and Social Order in the Ere of Globalization”. The addresses and discussions were centered around the idea, if and in what manner the ethical principles of the Catholic social teaching on the business activities can be realized in different cultures. Common were the efforts to coordinate by an interdisciplinary dialogue the positions of the representatives from the industrialized and emerging countries and to search for starting points of a global order framework. The national reports full of information revealed 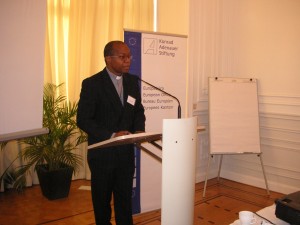 that the realization of ethical principles like freedom and justice depends upon democratic constitutional prescriptions. The lack of binding agreements on the global level (regulated financial market, fair trades) makes more difficult to establish principles and structures for a business order of social market economy. Politics must accept these challenges and find solutions and realize them. To the numerous people living in poverty throughout the world must be given the hope that by the regulation of the financial markets, the introduction of efficient market economic structures and by the fight against corruption their justified concerns are recognized and fulfilled. It be the chance of Church to remind by social encyclicals of the “community of fair chances” and to require a global policy of order which is linking freedom and justice. 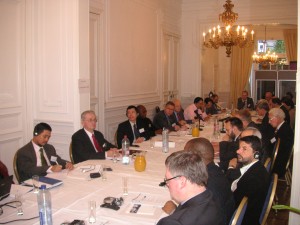 The personal meeting of the participants during the Conference was a gain like the very deep and fruitful discussions.